Italy vs Spain – Predictions and Preview 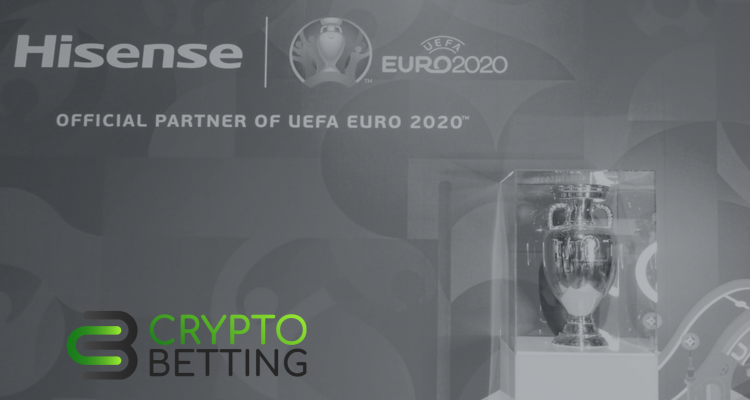 We are gradually approaching the decisive stage of Euro 2020. The remaining three Euro 2020 matches will be outsourced to London and will be played at 22:00 at Wembley, with the first semifinal between Spain and Italy taking place on 6 July. It will be a remake of the Euro 2012 final, in which, however, few of the players from the current squads were on the field. This is a classic match between 2 prominent teams that will do everything on the pitch to book the place in the final. Spain already know the taste of winning a championship, while Italy should try harder to clinch the desired title.

The Italian national team were not in the most difficult group, along with Switzerland, Wales and Turkey. Two victories with the same 3-0 score over Switzerland and Turkey brought Roberto Mancini’s team to the playoffs. In the match with Wales, the Squadra Azzurra coach used a large-scale rotation, but this did not prevent Italy from gaining a 1:0 victory and confidently winning their group.

In the first match of the playoffs, the Italians met with Austria. Despite the fact that the Austrians were considered the clear underdogs of the meeting, they managed to fight the favorite and secure a goalless draw in 90 minutes. However, the Italians scored twice in extra time and allowed Austria to score one goal – this was enough to win and reach the quarterfinals.

In the quarterfinals, Squadra Azzurra met with Belgium, in the showdown with which it could no longer be considered a clear favorite. However, they managed to completely outplay the powerful rival – even in the first half, Italy scored two goals, conceding in response from a controversial penalty, but they managed to keep the victory without much difficulty.

The Spanish national team were also not in the strongest group, but unlike their rival, the team of Luis Enrique got out of there with adventures. Already in the first round, the Spaniards ran into the Swedish wall, and failed to score, after which they drew with Poland – 1:1. The 5-0 defeat of Slovakia helped them to get out of the group, but only from second place.

In the round of 16, Spain started with a conceded goal – Pedri sent the ball into their own net. Croatia did not impress with anything until a certain moment and Furia Roja scored three goals until the 75th minute, but eventually managed to let Croatians win back. In extra time, the Spaniards added again and scored two goals, this time managing to maintain the advantage until the final whistle.

In the quarterfinal match with Switzerland, Spain opened the scoring early and generally controlled the course of the match. However, a stupid mistake out of the blue between the two central defenders helped the Swiss return to the game. It came to a penalty shootout, where the Spaniards were more fortunate – the lottery brought them to the semifinals.

When it comes to predicting the possible outcome for this match, things are complicated. We have already seen that there is no easy team to win during this Euro 2020. However, we offer players the following predictions that they can use in a betslip:

You can discover the best odds and additional bet market on 1xBet.

The Italian national team looks very solid at Euro 2020 and fully justifies the status of one of the main favorites to win. The Italians dealt with Belgium confidently and generally controlled the course of the match. Spain are much less reliable in defense than the same Belgians, and in general, in terms of the quality of football, Spain are noticeably inferior to Italy in my opinion.

I believe that the Italians have a better chance of winning. They have a more solid team and a better coach. I also think that Italy will need no extra time to defeat Spain and won’t allow the opponent a lot of chances.

Italy do not rush to the attack from the first minutes – they pay a lot of attention to the defense which is clearly evidenced by the two conceded goals in the tournament. Surely even against Spain the Italians will start the match carefully, the price of a mistake will put pressure on Spain, so it hardly makes sense to count on effective football. The second bet will be under 2.5 goals total. This bet can be placed for 1.73. I do not exclude the possibility that Italy will score only 1 goal and squeeze the advantage until the last minutes of the match.

Italy to Win on 0

For fans of large odds, I offer a bet – the victory of Italy by one goal. Italy have a team that do not concede a lot of goals and they like to hold the advantage for the rest of the match. The pair of Giorgio Chiellini and Leonardo Bonucci will not let the opposing players create numerous chances in front of the goal. I think they will win this game on 0 and Spain actually will not score a single goal against them. Such a prediction can be found on 1xBet with hefty odds.

Who Will Make It to the Final?

Both teams had tough quarterfinal matches, especially Spain which again spent a lot of energy on extra time, and Luis Enrique’s side managed to defeat the Swiss only in the penalty shootout. The Italians fought on equal terms with the Belgians and won 2:1, although De Bruyne and the company looked very strong and a draw there would have been a natural outcome of the confrontation.

A ticket to the final is at stake and each side will not take risks. The Spaniards should control the ball more, although Italy will resist with dignity and will not allow Furia Roja to score a goal – the defense of Squadra Azzurra is very strong, which cannot be said about their opponent. It will be a chess game where the Italians should come out the winner of the meeting.

The first semifinal between the national teams of Italy and Spain will take place at Wembley Stadium in London on July 6.

These sides last met in 2017 (World Cup qualification match), September 2, 2013, in Madrid and Spain won 3:0, with 2 goals from Isco and one goal from Alvaro Morata.

In terms of bookmakers’ odds for the Italy – Spain match, the Italians are the small favorites of the match.