Best 10 NBA Players in the World 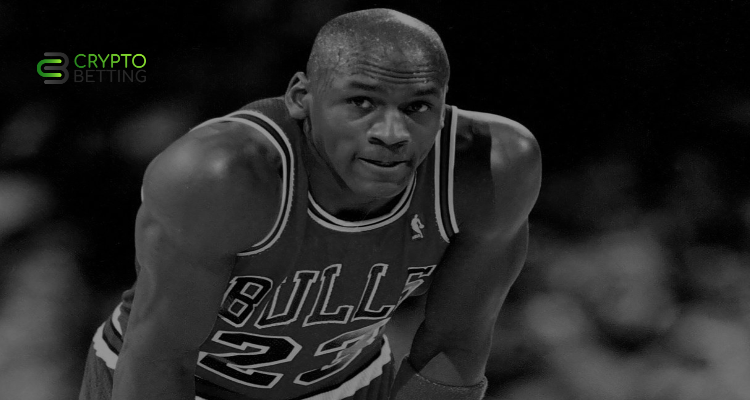 Any ranking of the best basketball players in the world will be subjective. There are so many criteria that it is almost impossible to determine who is the greatest and personal taste also plays a major role. When compiling the rating, we took into account not only the level of the game and the number of titles but also the achievements outside the court associated with the popularization of basketball, charitable activities and business. Let’s move on and find out more about the best 10 NBA players of all time.

Tim Duncan can be called one of the most humble basketball players in history. He is a symbol of everything that is a team, but at the same time, he could very competently shift the responsibility for the result onto his own shoulders and lead the club to the championship. It seemed to be created by Gregg Popovich’s system, but in reality, they progressed together. Spurs have always had a core in Duncan.

German Dirk Nowitzki at the age of 20, became a Dallas Mavericks player, for which he spent his entire career. Nowitzki played in the power forward position and significantly influenced the evolution of basketball players in this position. In the 1990s, centers mostly played under the basket and threw little from long range. Nowitzki played great in the paint, but at the same time had an excellent shot. He was one of the first power forwards to constantly execute three-pointers. His trademark was mid-range fadeaway shots, which he performed with high efficiency.

In 2007, Nowitzki received the MVP of the regular season he became the first European to receive this award. He won the only championship ring in the 2010/11 season and was recognized as the most valuable player in the final series. Nowitzki retired in 2019. He has a total of 31,560 points in the NBA, the sixth-highest in league history.

Larry Bird spent his entire professional career at Boston, with whom he became the NBA champion three times. In the 1970s and 1980s, the Celtics were the main rivals and bitter enemies of the Los Angeles Lakers, the most stellar team in the league. Bird has become a symbol of the competition between two great clubs. He played especially memorable matches against the Lakers.

Bird was not distinguished by athleticism, high speed and outstanding coordination. He became an NBA legend for his hard work on defense and a great shot. The Celtics forward became the first to enter the 50-40-90 Club at the end of the season, with more than 50% of field goals, 40% of three-pointers and 90% of free throws. Bird reached these numbers three times in his career in the regular season the second-best in the NBA.

Bryant is one of the brightest players in basketball history. Kobe spent his entire career at the Los Angeles Lakers. He became an NBA champion five times, winning the MVP of the season in 2008 and the MVP of the playoffs finals in 2010. Fans remember Bryant not so much because of his accomplishments. First of all, Kobe was distinguished by a unique style of play. He was one of the most flexible and coordinated basketball players in history. Bryant made shots from the hardest positions and hit with a high percentage.

The most memorable match of his career, Bryant played on January 22, 2006. In the game against Toronto, he scored 81 points the second best in NBA history in a single match. In 2020, unfortunately, Bryant passed away in a private helicopter near Los Angeles. Together with him, his 13-year-old daughter and 7 other people died. Kobe was 41 years old.

Bill Russell has won the MVP of the season five times. Bill Russell is one of the first black players in the NBA. The basketball player spent his entire career at Boston, with which he became the NBA champion 11 times. This is the best record in the history of the league.

Russell played in the center position and did not excel in super-productive play. He made basketball history as one of the best defensive players. Russell almost did not allow himself to be pushed under the ring, and due to the height of the jump and the competent choice of position, he took a lot of rebounds. During his career, he collected 21,620 rebounds, and on average collected 22.5 rebounds per match.

For fair play, Russell was respected not only by partners but also by rivals. In 2009, the NBA named the Most Valuable Player in the Final Series in his honor.

Until the 1990s, it was Oscar Robertson who led all sorts of tops of the best basketball players in history. He was the brightest player in the 1960s and early 1970s. Robertson knew everything on the court: he scored a lot, assisted partners, picked up balls and disciplined himself in defense. Statistics confirm his versatility. During his career, Robertson has made 181 triple-doubles more than 10 points, rebounds and assists in one match. This is still the best record in NBA history.

Robertson was an innovator and invented several basketball tricks. For example, he was the first in history to constantly use a false swing and throw with a strong deflection. Later, these techniques will become the hallmark of Michael Jordan.

Robertson stood out not only on the court, but also outside it. In 1965, he became president of the NBA players union. Oscar did not formally hold the position but fought with the league to increase the rights of basketball players. It was Robertson who helped raise player salaries in the 1970s.

Perhaps, at the end of his career, LeBron James will lay claim to first place in the list of the best basketball players. At least he himself constantly says that he wants to go down in history as the greatest player of all time.

James made his NBA debut in 2003 and immediately became one of the league’s brightest stars. The forward plays in an athletic and spectacular manner. Its hallmark is the power passages under the ring. But James is not limited to throwing paint. He has a good throw, so he confidently attacks from medium and long distances. LeBron is already in third place in league history in terms of points, and by the end of his career, he will be able to compete for leadership in this indicator.

James played for three teams the Cleveland Cavaliers, the Miami Heat and the Los Angeles Lakers. LeBron became the NBA champion with each of them, and in total, he has four rings. In each of the finals he won, James was recognized as the most valuable basketball player.

Wilt Chamberlain played as a center and had unique physical characteristics. Despite his impressive size, he was not a classic sluggish center. On the contrary, Chamberlain was the fastest of all rivals in position. It was the speed, together with the dimensions, that made him a unique player who was equally effective on both halves of the site. Most of all, Chamberlain is remembered for his outstanding game on rebounds. Over the course of his career, he has collected 23,924 rebounds the best result in history that no one will beat in the foreseeable future.

Chamberlain became the NBA champion twice in 1967 and 1972. First playing for Philadelphia and then for the Los Angeles Lakers. The second final was a benefit performance for Chamberlain. It was in that year that he received his only MVP of the decisive series.

Chamberlain’s most famous match took place on March 2, 1962. His Philadelphia beat New York 169:147. Wilt himself scored 100 points in the match. This is the first and last such incident in professional basketball.

In the NBA, Jabbar made his debut under the name Lewis Alcindor. That is what he was named at birth. In 1968 he converted to Islam and changed his name. But the basketball player began his career in the NBA under his first name. In 1971, he became the champion of the association, and the day after the victory, he officially became Kareem-Abdul Jabbar.

Jabbar played in the center position. Due to his height and power, he took most of the rebounds and won the position in the paint. He was great at pushing through rivals and attacking from under the ring with high efficiency. Jabbar scored most of the points through two-point shots at close range.

Jabbar scored 38,387 points, the best in NBA history, thanks to his efficiency in offense and a long career. In addition, Karim-Abdul leads the league history in terms of the number of MVP titles of the season.

Jabbar went down in history not only as an outstanding player but also as a fighter for the rights of African Americans. For example, at 21, he refused to play for the US Olympic team in protest against racial discrimination in the country. After retiring, he became a Goodwill Ambassador and received the Presidential Medal of Freedom, one of the highest awards in the United States.

It is debatable whether Jordan is worthy of first place in the rankings, but he is by far the coolest basketball player in the world. Jordan was able to do everything on the court: he attacked well from under the basket and from an average distance, he saw the court perfectly and assisted his partners. He disciplined defensively and even won the best defender of the season in 1988, which is not typical of NBA superstars. In addition, Jordan’s performance was extremely entertaining. With spectacular shots and passes, he delighted the audience and played a significant role in the popularization of basketball in the world.

Jordan has collected many team and personal titles: he won the Olympics 2 times, became the NBA champion 6 times and received the MVP of the final series, 5 times became the most valuable player in the regular season. He could have won more titles, but retired twice (he also had problems with gambling) and lost a total of five seasons.

Jordan has had success off the court as well. In his career, he has earned more than $2 billion, becoming the highest-paid athlete in history. He teamed up with Nike to launch his own clothing brand, Jordan, which has gained worldwide popularity.