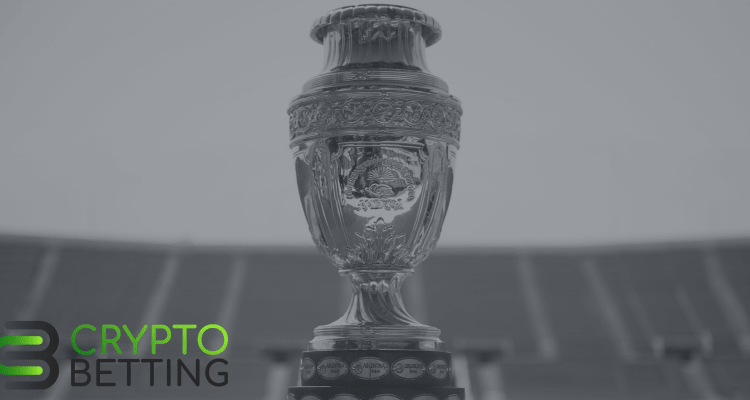 Argentina will play against Colombia in Copa America 2021 semi-finals. The match will take place on July 7 in Brazil. Argentina’s national team is probably holding their best tournament in recent years. Contrary to expectations, still less and less trust in Lionel Messi’s team lately. In the meantime, Colombia made it to the playoffs with some difficulty at first. In the group stage, Reinaldo Rueda’s team side got only four points, while showing rather pale football. This match will be one of the most interesting ones and Messi’s Argentina will be favorites to beat the opponent.

Argentina’s national team confidently confirmed the status of the favorite in Group A, reaching the playoffs from 1st place. Starting off with a 1-1 draw against Chile, Lionel Scaloni’s team then secured two wins, thanks to relatively early goals in the first half against Uruguay and Paraguay. And only in the last game of the group stage against the weak Bolivian national team, the Argentines took their heart out in terms of performance, having easily gained a major victory – 4:1.

In the quarterfinals, the rival of the Scaloni’s team was the Ecuadorian national team, which were defeated with a score of 3:0. Argentina had an advantage during the match, attacked a lot and created chances, but managed to score the first goal only at the end of the first half – Rodrigo De Paul scored from Messi’s pass. The Ecuadorians snapped back quite well a few times, but on the whole, they looked doomed. Albiceleste managed to put the squeeze on the opponent already at the end of the match thanks to the activity of the substitute Di Maria. As soon as the match was approaching the end Lionel Messi converted a free-kick, taking his tally to 4 goals.

The Colombian team with their game in the group stage left an ambiguous, to put it mildly, impression. In segments, Reinaldo Rueda’s team looked pretty good, both in attacking and defensive actions, but the results still left much to be desired. Colombia started with a minimal victory over the Ecuadorian national team (1:0) in the most boring match in the tournament. Then, having an overwhelming advantage over the Venezuelan national team, they could not score at least one goal (0:0), and then they completely lost to the Peru national team (1:2). But in the game with Brazil, Los Cafeteros looked very solid, especially in the 1st half, which they won 1:0 thanks to the gorgeous goal of Luis Diaz. But this match also ended in defeat. At first, the referee’s mistake led to the fact that the Brazilians evened the score, and in the injury time, Casemiro scored the winning goal.

In the quarterfinals, Rueda’s team met with the Uruguay national team and were by no means the favorite of the pair. Uruguay during the match had an advantage, but at the same time, the few chances created by the Colombians at the opponent’s goal were much sharper than all the attacking attempts of the opposing team combined. As a result, the fate of a ticket to the semifinals was decided in a penalty shootout, the hero of which was David Ospina, who denied the shots of Jose Gimenez and Matias Vina.

Argentina and Lionel Messi have a really good tournament and perhaps this is Messi’s last chance to claim the national title with Argentina. In this match I think that Argentina will win and offer the following predictions:

Colombia’s national team is too weak, and reaching the semifinals should be the limit. Still, the Argentines demonstrate a really good level of play, Messi is in excellent shape, attacking partners are in perfect order, and the defense looks reliable. I see absolutely no chances for Colombia here. At the moment, the difference between the teams is critical. There is a high probability that the most predictable final awaits us: Brazil – Argentina.

Argentina to Score in the First Half

Argentina’s national team has a better chance of reaching the final, but the match against the Colombians will not be an easy walk. Even the main favorites of the tournament, the Brazilians, who snatched 3 points due to a goal in the 100th minute of the meeting, could be convinced of this at the group stage.

Argentina in past meetings relied on a powerful start, and it bore fruit. Scaloni’s side have won the first half in all 5 of their past America’s Cup games. Another curious streak involves goals before the break. The Argentines, taking into account the matches in the selection of the 2022 World Cup, have already scored at least 1 goal in the first half of the meeting for 11 games in a row, and given Messi’s powerful form, it is logical to bet on the continuation of this trend.

Argenina to Score 2 Goals or More

Argentines have scored more than one goal against Colombians in two of their last three official meetings, while Colombians have conceded more than one goal in two of their last three Copa America matches. In the last two meetings, the Argentines parted: they scored 7 goals at once. Let’s assume Argentina’s scoring flair won’t let them down this time either. I take two goals from the Argentines.

Will Messi Finally Win the Title?

Argentina are on a way to win the title. This is probably Lionel Messi’s last chance to clinch the title – the one that eluded him for a long time. I think he will have no better chance than this one and he must do whatever it takes to finally win Copa America. I believe that Messi will also score a goal in this match and if he wins the title, the Argentinese player is a favorite for Ballon d’Or.

The second semifinal between the national teams of Argentina and Colombia will take place at Estádio Nacional de Brasília in Brazil on July 7.

In terms of bookmakers’ odds for the Argentina vs Colombia match, Argentina are favorites to win this match.