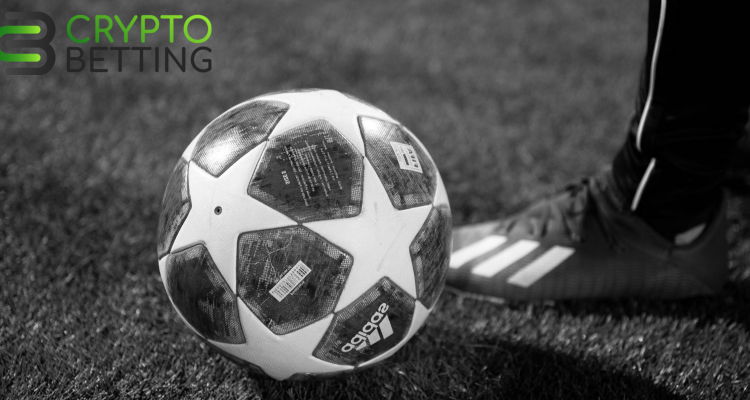 It is summer and for football fans, this is the hot and tense season before the main football action UEFA Champions League will begin. Everybody wants their favorite team to win but the UCL predictions, as well as current match results, are permanently changing. There are two types of people who are waiting for the Champion League. Those who just want to celebrate the winning of their favorite team to show off until the next one and those who are betting on football and want to win as much as possible.

As the next UEFA league approaches, every bookmaker tries to publish its own predictions. The previous international match results changed the global picture completely, as well as winning possibilities. Because most the football fans are still emotional about the result of the European Cup won by Real Madrid for the 14th time, it is a little bit more important to pay attention to the UCL champions league predictions and odds, which currently look like the following:

The list seems quite exciting but very different from the previous results. The previous leagues and the preparation processes for the FIFA world cup also effect to change the picture completely. Because of the recent results, there are outlined several reasons why these teams are considered to be the winners. Let’s discuss the top 5 potential winners of UEFA 2022.

Most football fans and bookmakers think that it is the time for Manchester City. This is a legendary team with a lot of success and losses. The recent results and the actions of the coach make the team one of the main leaders of the UEFA champions league prediction. Many think that the team has the best squad than ever before. Also, fans of Pep Guardiola, the legendary coach, are still desperately waiting for another triumph after he left Barcelona.

In recent years, Manchester City has spent billions to recreate the main team. The last and most interesting fact was having Erling Haaland. The fans are waiting for his performance. This young star has a very good result in the previous team Borussia Dortmund where he ended with 62 goals from 67 appearances. Also, the previous term results of Manchester City were great and finished with the 99 goals in total. That is why Manchester City still is in the leading position in champions league predictions.

Another most likely winner of the UEFA champions league 2022 is Liverpool because of the recent games and campaign. The main reason why many think that this team can be a quite great potential winner is the high probability of new players from other teams and new historical agreements. but the picture is not clear because many think that Saido Mane will leave the club.

Also, fans are wondering about the decision between Jurgen Klopp and Mo Salah. But great successful matches that Liverpool had in the last season made football fans convince that this team has a high chance. But there is a risk too. Because of the coming FIFA world cup and the previous busy season, the footballers do not have time to rest.

The story of Paris St. Germain is quite similar to Manchester City. Both clubs can have domestic success easily if they fight for that. They have got a big potential. In recent years, PSG was quite popular because having a Lionel Messi in your team is a legendary fact. Also, the club is one of the richest ones in the world, so we can expect everything from them. Their last season was not the best but they still did a good job.

The main strength of PSG and the reason why it is among the top 3 winners of the Europe Champions League, is the great trio of Neymar Jr, Lionel Messi, and Mbappe.

The rumors about Saido Mane thinking about going to Bayern makes the confusion between Bayern and Liverpool potential. The experts as well as football fans consider that if this happens, Liverpool will be weaker than it is now. So, according to the current situation, the positions between Liverpool and Bayern can be changed completely if Mane chooses the German club.

On the other hand, this great german club still has a great chance to win. The last year was not the best for Bayern and the team is kind of still stacked, but because of the 2020 triumph, many think that the club has a big potential.

Real Madrid changed completely in recent years. Watching its matches without Cristiano Ronaldo still feels strange but the club still amazes the audience which makes it the most successful European club in history. When Barcelona lost its leading status, Real Madrid perfectly used a chance and showed great results in the recent matches. The 14-way champion in the European cup increased the probability of winning in UEFA 2022 too.

Which Team Is The Best For Champions League Betting?

If you are confused and want to place a bet with the highest chances of winning just wait! The results, as well as winning chances, are changing every second. This summer is quite a slow period for the football world so many things can be changed. As we mentioned earlier, some rumors about footballer substitutions are still active. Also, the FIFA world cup is coming which will be revealing specific footballers’ real skills and abilities.

According to the general UEFA champions league prediction we advise taking into account the top five clubs for betting. As we mentioned, Manchester City has quite a high chance of winning but on the other hand, we should expect everything from Real Madrid too.

Most of the fans think that this season is not for Barcelona. It is getting stronger after Xavi returns as a manager but they still need the time because, with the footballers, there is big chaos happening. With the financial problems, it is predicted that FCB unfortunately will leave the league in the group stages. The same comes for Juventus. Because the total picture is still not clear. Our main champions league betting tip would be to pay attention to the top five teams, where the leading positions can be changed at any time.