Home / Blog / Top 7 facts about the sports betting industry
Blog
by Harry Fordyce on May 20, 2022 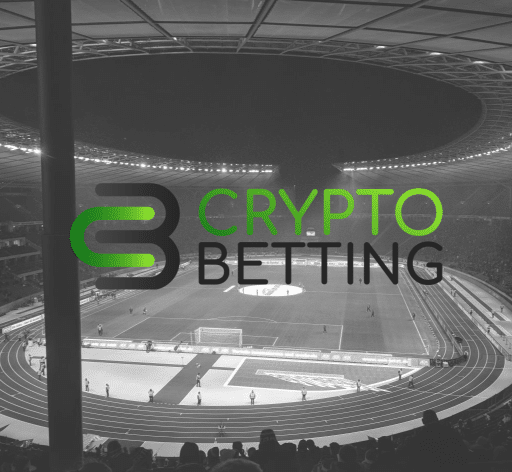 Sports betting is one of the most attractive activitieFacs to millions of people around the world. This industry generates very high revenue in 2020 alone, its global value was up to $60 billion. Considering the popularity, we decided to provide our readers with the top 7 facts about the sports betting industry. With our infographic, you will easily get an idea about the numbers that we are talking about. With that being said, make sure you take a look.

We have spent a great deal of effort on creating this Infographic, and are more than happy to share it with you. You are free to share and republish it, using the code below:

The gambling industry involves a lot of sectors where punters are able to generate winnings, but the most frequently visited section is the sports, since its total market makes up around 30-40% of the global gambling market. There are all kinds of sports in the world but we want to point out the five most popular ones that people bet on usually.

It is no surprise that soccer takes the number one place on the list as 70% of the bets made from all over the world were oriented towards it. American Football holds the number two spot since approximately half of the bets made in the USA were on NFL. Nearly 10$ billion was wagered on the March Madness Basketball Tournament and more than 1 billion players gamble on Wimbledon. As for cricket, we saw a total of $22 million bets on one game at the 2019 Cricket World Cup.

We would like to showcase the most frequently watched sports in the following countries the USA, Japan, and Australia. The popularity of American Football is well-known across the world and hence, it takes 30% of viewers in the US. The next ones on the list include basketball, horse racing, and some other sports, where we witness a relatively low number of spectators.

As for Japan, Basketball is the most-watched sport here since 45.2% of people are engaged in it, whereas the second spot is taken by a traditional and well-known sport called sumo wrestling which is spectated by 27.3% of viewers. Soccer and other sports come next that display not so high numbers.

As technology has advanced tremendously in recent years, it is no wonder that we are seeing such a huge growth of Esports worldwide. The most popular game is League of Legends since 38% of gamblers were betting on it. The additional titles include CS:GO, Dota 2, Starcraft 2, and several other ones that showed relatively low engagement of players.

When it comes to the biggest Esports game by prize money, we have to note that Dota 2 takes the number one place with around $47.2 million. The other games on this list include CS:GO, PUBG, Arena of Valor, Fortnite, and League of Legends.

It goes without saying that the European market is the largest and most competitive one among every other continent. This is mainly induced by liberal laws and regulations regarding the gambling industry in general and the popularity of sports is enormous here. Therefore, we witness that 53.2% of the total sports betting market comes from European countries.

As for the other continents, we are seeing the following numbers Asia/Middle East 27.8%, North America 11.2%, Oceania 5.3%, Latin America & the Caribbean 1.3%, and Africa 1.2%. As you can tell, Europe is far more advanced compared to fellow continents when it comes to sports betting.

Sports Betting Revenue In The US

The sports betting market takes a massive place in the total gambling market of the USA. The most frequently watched sport here is NFL, and obviously, the majority of punters make bets on it. The other sports like basketball, cricket, and horse racing are also very popular in this country since we are seeing enormous involvement here as well.

As a result, the USA has seen an all-time high revenue of $4.29 billion from sports betting alone in 2021. This year was much more prolific compared to the previous one as the total amount of wagered money was raised by up to 165% and it accumulated $57.22 billion.

The Number of Sports Section Visitors

By looking at statistics, we are once again assured of a tremendous engagement of punters in the sports department across every gambling platform. It is believed that half of the population bets on various sports at least once a year, which is a pretty high number when you think of it.

As for the gamblers who make bets on sports once a month, we want to say that they consist of 35% of the whole population. Whereas 15% of people gamble in the sports section once a week. These statements once again underline the popularity of sports in general and punters who provide bets there.

Moreover, we would like to highlight that nearly 85% of people have made bets at least once in their life in the USA.

The rise of cryptocurrencies has been tremendous over the last few years and it was not long after that the gambling industry acquired them as a form of payment in their games. As a result, it became possible for players to deposit and withdraw funds with all kinds of cryptos and there are a lot of benefits to doing so such as highly protected transactions that take place within seconds.

Casinos also implemented cryptocurrencies in the sports department and today, every punter has the possibility to bet here with desired cryptos. Nowadays, the most frequently utilized cryptocurrencies in sports gambling include Bitcoin with 41.9% of users, Ethereum with 19.4%, Bitcoin Cash with 0.6%, Litecoin with 0.58%, and Dash with 0.1%. Crypto gambling sites announced that people are making 337 bets per second which is obviously an extremely high number.

The Biggest Markets In The World

The biggest sports betting market in the world is in the United Kingdom which is regulated by UKGC and more than half of the players place bets on a weekly basis.

Australia is the next one on the list and it is worth noting that every Australian state has its own licensing authority. The sports betting expenditure reached $1.235 billion in this country in 2019.

When it comes to the USA, sports betting is legal in more than 30 states there and nearly 100 million Americans are able to place bets from their hometowns.