10 Best UFC Fighters of All Time 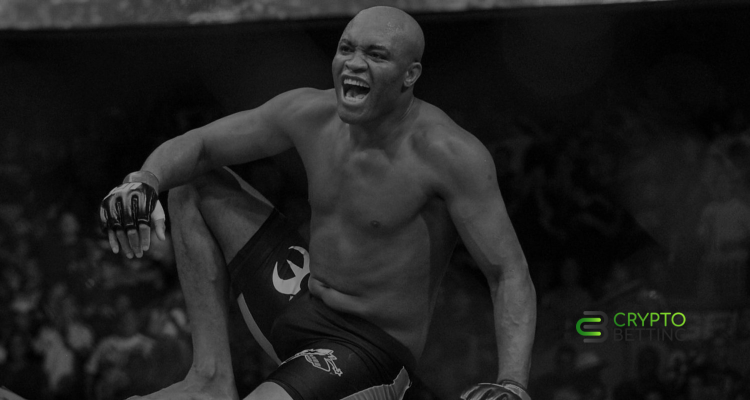 According to official data, the term mixed martial arts was proposed and consolidated back in 1995. Since then, this sport has acquired rules, fans and, of course, fighters. But who, over this long period, managed to leave the brightest mark in the history of MMA? It’s time to look back and remember the best UFC fighters of all time.

This fighter can inflict significant damage not only with his lightning-fast fists, but also with eloquence bordering on selective trash talk. The brash and infamous McGregor is a real media magnet: his fights are instantly promoted and bring in millions of viewers, and even more dollars.

At one time, he successfully climbed the rankings and earned the UFC featherweight titles, and then in the lightweight division. Conor is one of the few fighters to hold two UFC titles at the same time. In addition, McGregor has a killer left jab. In a fight with Jose Aldo, it took the Irishman only 13 seconds to win the UFC featherweight title and become the first to knock out the legendary Brazilian.

Conor’s charisma and impenetrable confidence often helped him defeat his opponents even before entering the octagon – on a mental level. McGregor is one of the best UFC fighters in the world. He is still energized and his true potential has yet to be revealed.

Bader was once a two-time Bellator champion. He managed to win titles in the heavy and light heavyweight divisions of this promotion. Bader has one of the best track records in his promotion. At the Bellator Grand Prix, Ryan had to fight such serious rivals as Matt Mitrione and the legendary Fedor Emelianenko. Moreover, he managed to defeat Fedor in the first seconds of the fight. Ryan Bader gets a decent ninth place for unbridled power, swiftness.

Before finally losing ground, Chuck Liddell for his powerful arms. He managed to knock all the crap out of several of the most famous fighters of his time, such as Tito Ortiz and Randy Couture. Aggressive fighting style and the desire to go into a tough exchange of blows at any convenient opportunity – these are the qualities turning him one of the best UFC fighters ever that made fights with his participation so long-awaited for fans. Chuck’s striking technique may not have been the most perfect, but he made every effort to ensure that each jab inflicted maximum damage on his opponent.

In his duel with Tito Ortiz, Chuck pinned his opponent to the cage and began to literally drive him into the net. This carnage became one of Liddell’s calling cards. Although the fighter was mostly renowned for the punching power of his fists, Chuck’s legs also worked at a good level. If you revisit the old fights of the fighter, you can see that many of his opponents come out of the octagon with a limp or with severe bruises on their hips.

Matt Hughes is one of the few fighters to enter the UFC Hall of Fame. He is considered to be one of the greatest UFC fighters of all time. Of all the basic fighters performing in MMA, Hughes stood out one feature – it was not enough for him just to control his opponent on the ground. The fighter chose the ground-and-pound as the main manner of fighting on the canvas. It doesn’t matter what position Matt was in full mount, behind the back or even on the side of the opponent – his heavy blows always accompanied the upcoming reception. In addition, Hughes possessed fantastic skills in conducting painful and suffocating holds, with which he often ended his fights.

Demetrious Johnson is the 1st UFC Flyweight Champion. At one time, this fighter broke the record of Anderson Silva himself in the number of title defenses (11 times). In the early stages of his athletic journey, Demetrious challenged Dominick Cruz for the UFC bantamweight title. He lost that battle, but Demetrious’s talent was evident. Johnson is one of the best MMA fighters currently. When the UFC created the lightest division, he showed everything he was capable of. Throughout his career, Johnson gradually progressed from a monotonous athlete who won solely by decisions, to a fast-paced fighter who finished his rivals through punches or submissions.

In addition, Johnson has the ability to quickly figure out his opponent’s game and adapt to any combat scenario. Today, few can rival Demetrious’ high combat IQ, his elusive speed, and his excellent mixed style of striking and grappling. Now “Mouse” is successfully performing in the One Championship.

Fedor came to MMA as a titled champion in combat sambo. Phenomenal knowledge in this sport helped Emelianenko smoothly adapt to fighting technique according to the rules of MMA – the fighter already had excellent grappling skills in his arsenal, and he began to complement them with amazing speed.

Fedor is one of the top MMA fighters of all time. Fedor has always been a model of fortitude and concentration – he rarely expressed emotions both before and after the battle. Throughout his career, Emelianenko was often inferior in physique to such powerful fighters as Kevin Randleman or Andrei Aarlovski. He usually went into battle with a slight overweight in order to level the difference between the more impressive dimensions of his opponents.

Fedor Emelianenko is direct proof that you shouldn’t judge a book by its cover. Regardless of the fighter’s physique, his talent and technique were at the highest level.

At one time, Emelianenko is often referred to as the best heavyweight fighter of his time. Among other things, Fedor had an impressive 27 straight wins before losing to Fabricio Werdum.

Khabib Nurmagomedov topped the UFC’s best fighters rankings, regardless of weight class. Thanks to his persistent cardio and powerful grappling, he was able to accumulate a professional record of 29-0, which is simply unheard of in MMA. Khabib not only won all of his fights – he did it in a dominant manner. All fights that ended in decision were declared a unanimous victory – no split opinion.

The assumption that Nurmagomedov did not come across worthy rivals is extremely mistaken – the athlete managed to defeat the best fighters offered by the lightweight division of the UFC. Almost all rivals probably understood what Nurmagomedov would do in the cage, but still, no one managed to cope with him.

In 2011, Jon Jones defeated Mauricio Rua to become the youngest UFC champion at the age of 23. His potential was phenomenal and allowed the athlete to quickly lead the light heavyweight division, in which he lost only once to Matt Hamill. In this fight, Jones also clearly dominated.

The combination of his unique physical qualities, such as a two-meter arm span and a willingness to fight for victory to the last, helped the fighter to become one of the greatest MMA heavyweights and find a way out in any situation in which his opponents had an advantage.

In addition, Jones’ fighting skills and willpower are well developed beyond his years. In August 2020, the champion renounced his title due to a spat with the UFC leadership. However, this does not detract from his superior combat skills.

Although Anderson Silva is a proud Jiu-Jitsu black belt, it was his amazing standing skills that allowed the fighter to excel in the UFC. In his prime, Anderson was so superior to the rest of the middle divisions that he often allowed himself to fight against his opponents in a mocking manner, clearly demonstrating that in the octagon he could behave as he wanted. He began to dilute his style of fighting with the basics of Muay Thai and increasingly used clinching, as well as punches with knees and elbows – and most importantly, he did all this easily and naturally. Silva is second in our list of top 10 UFC fighters of all time.

A separate conversation is Silva’s counterattacks, which were so lightning fast that the opponents sometimes did not immediately understand why, throwing out their blow, they also receive damage.

The best example of Silva’s prowess comes from his fight with Forrest Griffin, the former UFC Light Heavyweight Champion. Forrest was so embarrassed by what had happened that he literally ran out of the octagon shortly after recovering from the knockout.

The talent that Silva displayed in battle, his playfulness, as well as frequent cases of bullying of his opponents is a clear sign of his courage and self-confidence. Anderson showed very spectacular fights and did what most of today’s fighters cannot do.

At first glance, George St-Pierre may seem like a sympathetic and good-natured guy. Of course, it is, but don’t be fooled by this, because GSP is one of the toughest UFC fighters out there. His all-around skills make him a master of octagon domination. St-Pierre is the best UFC fighter of all time on our list.

Despite the fact that George was always physically developed, he never possessed natural knockout power. However, what you definitely can’t deny is the ability to outplay your opponent due to perfect timing. His accomplishments were amazing, if only because he did not come to the world of mixed martial arts from high-ranking wrestling, like most of the fighters in the UFC. However, his takedowns and ability to control his opponent on the ground remain a long memory in his fans.

With his most recent win over Michael Bisping at UFC 217, GSP further solidified his name in mixed martial arts history. Yes, George was not as fast and agile as in the old days, but the fact that after a four-year hiatus he managed to defeat one of the strongest fighters in his weight class speaks volumes.