Best 10 Tennis Players of All Time 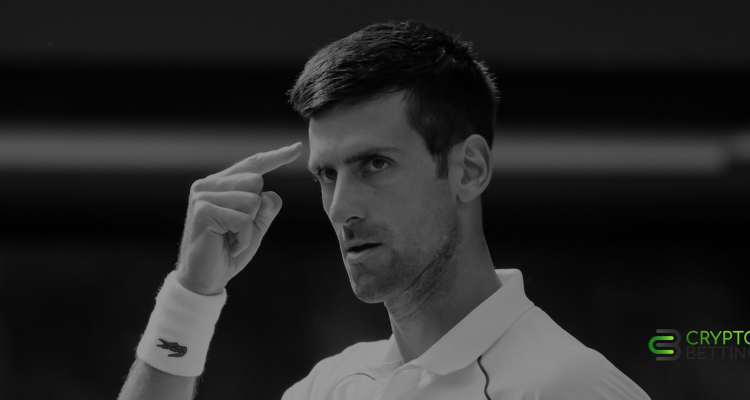 Tennis is undoubtedly one of the most popular sports in the world. Unlike football or basketball, it is an individual racket sport where the performance of a particular player is vital for achieving success and you cannot depend on anyone. With tennis firmly gaining a foothold in the 20th century, numerous players have emerged in the international arena, winning numerous titles. Frequently, creating a list of the 10 best tennis players of all time could be controversial and subjective, as people have their own criteria for choosing the greatest players, but in our article, we will provide our top 10 greatest players in history of tennis.

Former world No.1 and the winner of 8 Grand Slams including 4 Australian Open titles – Andre Agassi was one of the best players in the 90s of the 20th century. His encounters with Pete Sampras at high-level tournaments are still memorable and they created an enormous legacy. At the same time, Agassi was known for his fast style, dictating the play from the baseline. He was very strong on hard surfaces and created a lot of problems for opponents. Had it not been Sampras, Agassi would certainly have won more titles throughout his career. He is also one of few players to have won all Grand Slams.

John McEnroe is another figure in the best tennis players of all time rankings who significantly changed the sport. He only won 7 Grand Slams and never got a chance to clinch French Open and Australian Open tournaments, but McEnroe left a huge legacy in the tennis world. Even his eccentric behavior, which led to numerous trouble with umpires and authorities, did not hamper him from becoming one of the greatest players of all time.

Prior to the appearance of Rafael Nadal, Bjorn Borg was long considered the greatest clay player of all time. He was ruthless on clay courts, winning 6 French Open titles and Wimbledon 5 times. He was a great prospect when he was starting tennis, winning French Open at the age of 18, but constant pressure from the public and his inconsistency led to retirement at the very young age – 26. However, physically he was one of the strongest and top tennis players of all time because he could tire out his opponents very easily.

Famous Czech-American player Ivan Lendl won 8 Grand Slam titles throughout his career and the only tournament that evaded him was Wimbledon, where he twice got to the finals in 1986 and 1987. Nicknamed “Ivan the Terrible” Lendl could dictate the tempo of the game and delivering his trademark shots on opponents. In addition to being one of the best players, he was also a great coach and to this day, Lendl’s name is famous and well-respected in tennis.

The former coach of Novak Djokovic, German Boris Becker was a well-known figure in tennis. During his career, Becker managed to win 6 Grand Slam titles and he never achieved success at French Open. Becker is deservedly one of the greatest tennis players of all time. We should point out that even after retirement Becker, did not lose his popularity and was always in the spotlight. He was famous for his love of poker and had some issues regarding tax evasion.

Jimmy Connors holds the most titles in the Open Era – 109. In addition to 8 Grand Slams, Connors was equally successful in doubles. The development of tennis was mainly due to Jimmy Connors, who was a highly influential figure in this sport. Even though he was smaller than his opponents, this did not hamper the American tennis player to crush them with ease.

Until Roger Federer appeared Sampras was dominating the tennis world alongside Andre Agassi. The American player won 14 Grand Slam titles including 7 Wimbledon and fell short of winning the French Open. He holds 64 titles which is the ninth-best result in the Open Era. Sampras is one of the best tennis players in the world. He was a versatile player who had a very powerful and accurate serve, that was hard to return. While he was a grass-court specialist, he performed well on other surfaces as well.

We are happy to witness the 3 greatest players of all time compete against each other. Nadal, Djokovic and Federer dominated the tennis world in the past decade and showed no signs of slowing down. Rafael Nadal, frequently known as the King of Clay managed to win 13 French Open titles, which is a record. Unlikely, someone will ever break it. Nadal is almost unbeatable on clay. He has 20 Grand Slam titles in total, which is equal to Djokovic and Federer. While he is already approaching the end of his career, surely, Nadal will strike one more time.

Many people consider Federer to be the greatest tennis player of all time and sometimes he is on the list of the best athletes. No wonder, because Federer has significantly revolutionized tennis. If you were to ask a child about who they are looking up to, most likely the answer will be the Swiss Roger Federer. 20 Grand Slam titles and while Federer is already 40 and struggled with injuries, it goes without a question that he will still play several seasons in the ATP tour.

Nadal, Djokovic and Federer are hard to differentiate. They all motivated each other throughout these years. However, there is something special about the Serbinator Novak Djokovic. In 2021 he won Australian Open, French Open and Wimbledon and is on a path to collect a Calendar Golden Slam, something that is almost impossible to achieve. Djokovic is the best tennis player currently. Novak is known for his mental strength and adjustability. Even if he is 2 sets down, Novak always finds a way to escape and defeat the opponent. For us, he is the greatest of all time and most likely he will surpass Nadal and Federer in the amount of Grand Slams.