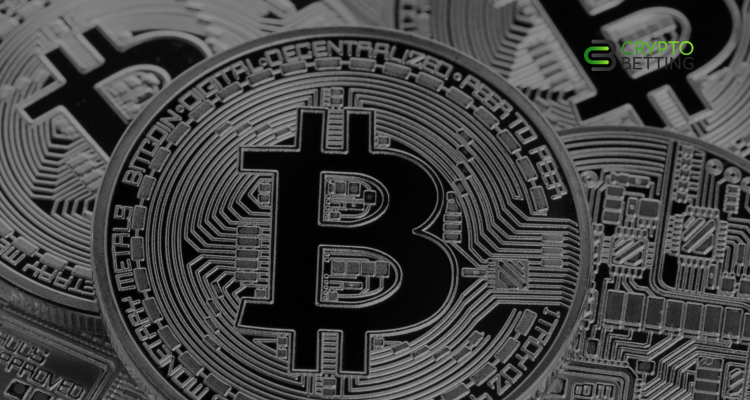 As sports betting with cryptocurrencies is developing, more and more sports teams are contemplating accepting Bitcoin as a payment method. In recent years there have been numerous cases when a sports team purchased a player in cryptocurrencies or decided to pay its player in Bitcoins. Modern trends show that the willingness to embrace Bitcoin has grown sharply compared to previous years and shows no signs of slowing down.

Which sports teams accept Bitcoin and what are modern perspectives in terms of collaboration between cryptocurrency companies and sports teams? In this article, we will have a closer look at different sports and details that shape the development of crypto in sports.

Both industries are alike in striving to constantly evolve and become better. Both athletes and crypto enthusiasts are in constant search of ways to progress and conquer new heights.

Therefore, we regularly see new incredible records in the sport of high achievements and more and more qualitative improvements in cryptography. At least, for this reason, the collaboration between sports and the crypto industry was inevitable and doomed to success.

Surely everyone has heard about how in January 2018 the Turkish amateur football club Harunustaspor bought the player Omer Faruk Kiroglu, paying part of the amount for the transfer in Bitcoins. It was the first Bitcoin sports team purchase. This deal was just the beginning. Here’s a selection of some of the most high-profile partnerships between sports and crypto.

In July 2018, the site of the English football club Wolverhampton Wanderers announced the world’s first agreement between a sports team and a currency exchange platform. CoinDeal is at the TOP-100 of the best crypto-exchanges on the planet, allowing you to exchange both various crypto-currencies and fiat money (euros, dollars).

Considering that CoinDeal is a world-famous crypto brand with its own YouTube channel, and the English Premier League is the strongest club championship on the planet, the cooperation could not fail. And so it happened. Wolverhampton had one of the best seasons in their history, finishing 7th in the championship and making their way to the Europa League. CoinDeal reported an increase in profits and an increase in the number of audiences on the exchange. It shows that the cases of sports team crypto are rising.

The Chinese corporation Antpool, owned by Bitmain Technologies (the world’s largest supplier of cryptocurrency mining equipment), announced its entry into the American market in September 2018. The selection of the Houston Rockets team as a popularization partner was not accidental. From 2002 to 2011, the legendary Chinese basketball player, Yao Ming, played in the “Rockets”. For this reason, the Rockets has a large fan base in the Middle Kingdom.

During the NBA season, Antpool held an exhibition at Houston’s home arena, the Toyota Center, and a number of other promotional campaigns. Both parties were satisfied with the results of the joint work. Antpool pledged to expand its customer base, and Rockets VP John Crawley said, that the Houston Rockets are always striving to keep up with the times with innovative technologies both on and off the site. Antpool’s cryptocurrency skills create great partnerships and contribute to creating more Bitcoin sports teams.

In October 2018, cryptographic company LIFElabs, along with Adidas and Ladbrokes, became the official sponsor of one of the world’s most famous golf tournaments the British Masters. The partnership between them is based on the “progressive” nature of both corporations. LIFElabs is renowned for its support of community projects and philanthropy. Again, everyone was happy with the result. LIFElabs donated £ 20,000, receiving 20 million impressions worldwide.

Three days before one of the most anticipated UFC fights of 2018 between John Jones and Alexander Gustafsson, the electronic payment system Litecoin became the official sponsor of the fight. The logo of the eponymous cryptocurrency flaunted in the center of the octagon and brought the expected dividends.

After the end of the fight night, during which nine fights took place, Litecoin announced 40 million impressions of its brand and a significant increase in the query “Litecoin” in the Google search engine. Both parties recognized the partnership as beneficial and agreed to roll it over.

We should follow with more Bitcoin sports teams cases. In early 2019, the Futurocoin organization signed a two-year contract with the Formula 1 brand Aston Martin. The company’s logo will be displayed on the cars of the main drivers Max Verstappen and Pierre Gasly, as well as on the team’s outfit.

According to preliminary estimates, Futurocoin will receive 350 million new impressions, which will allow the company to significantly increase its customer base and revenues.

Roman Zimen, co-founder of Futurocoin cryptocurrency: “Cryptocurrencies and Formula 1 are very similar. Their main qualities: speed and technology ahead of their time. We all strive for this.”

In December 2017, Danish ice hockey club Rungsted officially announced that it would pay players their salaries in bitcoins. The thing is that the CEO of the team is Bitcoin billionaire Niklas Nikolajsen. The owner of Bitcoin Suisse, a digital currency trading platform, has entered into a three-year agreement with the hockey club. It was one of the first cases of sports teams crypto in hockey.

Nikolajsen went further and in the spring of 2018 the arena of the Rungsted Seier Capital team was renamed the Bitcoin Arena. Moreover, in the center face-off circle, there is a 9-meter BTC logo.

What to Expect in the Future?

Cryptocurrency projects in sports have long been the norm. In August, seven APL teams at once signed a contract with eToro, a social trading and brokerage company specializing, among other things, in transactions with cryptocurrencies. The project with Tottenham, Leicester, Brighton, Crystal Palace, Cardiff, Newcastle and Southampton turned out to be unusual not only externally, but also internally. The difference from traditional agreements is in the payment method.

Representatives of the clubs in a comment to The Telegraph explained that such transactions are needed to master the blockchain thanks to them, it is possible to determine the main advantages for commercial activities.

Which sports teams accept Bitcoin extensively? For example, Arsenal at the beginning of the year agreed to cooperate with the developer of mobile online casinos CashBet: Londoners promoted the initial coin offering (ICO) and the gambling cryptocurrency CashBet Coin. But in the past six months, clubs have moved away from pure progression towards practical use.

The Sacramento Kings were the first sports team to pledge to install fully solar-powered mining equipment in their arena. The created cryptocurrency will be spent on charity projects of the club.

Blockchain has helped in ticket sales several times. UEFA tested a new blockchain ticketing system at the European Super Cup in Tallinn. Moreover, the organization said that they used the technology before: for example, at the last Europa League final, 50% of tickets were sold through the blockchain system.

Fans bought tickets over the Internet, in response they received an activation code and a link to the application. After identification, it was enough just to turn on Bluetooth and get the smartphone twice, passing through the stadium gates. UEFA has released a short explanatory video.

Soon, fans will also be able to buy Fan Tokens using the $ CHZ cryptocurrency in exchange for being able to vote on transfer decisions and kits designs. Similar initiatives are under consideration by Juventus, PSG and West Ham.

All of these changes are happening thanks to blockchain and its advanced technologies, which are slowly but surely bringing a whole new dimension to the sports industry and allowing people to play an increasing role in creating the world we walk around to see.