Home / Blog / Fantasy Football Tips For Beginners – What is It?
Blog
by Harry Fordyce on October 11, 2021

Fantasy Football Tips For Beginners – What is It? 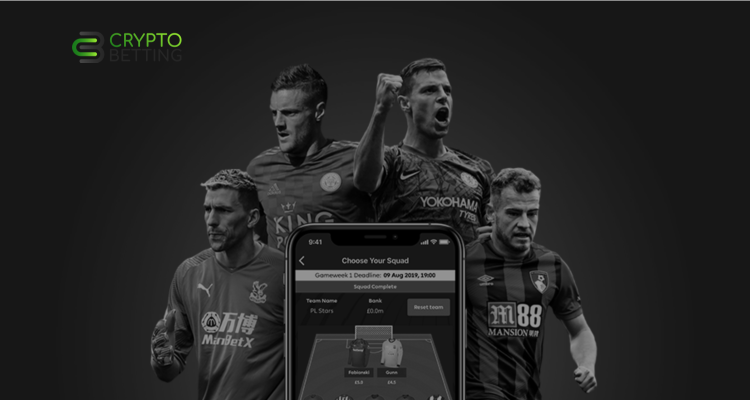 Fantasy football is especially popular among people aged 25-35 who have already accumulated enough experience about their favourite game and are eager to apply it somewhere. It is easy to place a bet on a bookmaker’s website, but simplicity seems to be an advantage only at the beginning, and the more actively you place your bets, the more monotony and less pleasure. Fantasy football gives it to the foolest.

In fantasy football, you need to collect teams of real players who will score points for effective actions in real matches. There are many limitations when assembling a squad, and you will have to sweat to assemble a solid team. For instance, you cannot have or star players in our team – you need to be very attentive to who you are going to include in the squad.

When the team is assembled, the fun begins – watching matches with special attention to the players selected in the fantasy lineup. You start to follow football in a completely different way: you wait for goals and assists from your players until the final whistle, regardless of the score of the match, and you even watch with interest the games of outsiders, if there are your players there.

How Popular is Fantasy Football?

Fantasy Premier League – the official fantasy of the English Premier League – has more than 7 million teams announced every year. Top soccer players like Harry Kane and Trent Alexander-Arnold regularly tweet about fantasy and speak in interviews. The best chess player in the world Magnus Carlsen devotes several hours a week to fantasy and fights for leadership in the overall standings. Every year fantasy finds more and more fans and penetrates deeper into the football world.

How to Play Fantasy Football?

There are many nuances in fantasy football, and it’s not easy to start collecting competitive squads from the start. However, you can try. Below is a list of points to help you understand how fantasy works:

First, you need to understand what restrictions are there when assembling a team (they are different on each court) and for what actions on the field players receive points.

Knowing what productive actions bring points, you need to learn the players who are most likely to get them. Statistical knowledge will help with this. There are a lot of football statistics resources now, so there are no problems here. You just need to understand which statistics are most strongly correlated with effective actions.

The cost of the players

If a player is expected to have a lot of productive actions, it is far from the fact that he is the best in fantasy. Every fantasy player is assigned a value, and you always have to consider if a player is worth the value they were priced at. The ability to work around value for money is one of the key skills in fantasy football.

Fantasy lineups of other players are unlocked after the deadline and can be explored in detail. Due to this, you can quickly grasp the effective strategy of the game and get a base for further development.

When the basics are comprehended, it is time to look for new horizons for development. And then it turns out that in fantasy football, the potential for growth is almost endless. With each round, you can make your teams better and better, and there is simply no ceiling for development because opponents are also constantly progressing. The above is just the beginning of the immersion in this wonderful game.

Tips That Will Help You Succeed in Fantasy Football

Of course, a proper strategy is a key to success in Fantasy Football. Here is how you can improve your statistics by following the tips below.

Romelu Lukaku, Mohamed Salah, Kevin De Bruyne – you can list the stars of the Premier League for a very long time and you really want to see everyone in your team! A budget of 100 million will not allow this, and there are many effective players at low prices. You can always check them before assembling a squad and sometimes low-cost players can provide more efficiency than their counterparts.

Keep track of the calendar

Strong opponents are hampering scoring. For example imagine for a moment a situation when Chelsea is playing against teams such as Liverpool, Manchester United, Manchester City consecutively. Keeping a clean sheet of course would be a problem for Edouard Mendy, who is one of the best goalkeepers but teams are strong too. Therefore it would be better if you choose an average keep from another team and include him in your squad. Keep track of the calendar and pick players from teams that have weak opponents in the near future.

Do not take defensive players into the team

N’Golo Kante is a wonderful guy who was admired all over football England. And the price in Fantasy is very attractive – only 5.0. Why so cheap? Because he won’t bring you a lot of points. Try to take players who score and assist. Guys like Kante and Jorginho, alas, won’t bring you a lot of points. Unlike real football, in Fantasy, success is measured according to different principles.

Take the outsider players on the bench

The reserve players are very useful, but there is no point in overpaying for them. There are many players in the camp of newcomers to the Premier League at the lowest prices who will receive regular playing practice. So why not take advantage of this?

Competent choice of the captain

The choice of the captain can have a huge impact on the final score. Will Manchester United play Brighton in the next round? – It is logical to put Bruno Fernandes as the captain because he could deliver perfect performance and bring you a lot of points. At the end of the season, the participant with the most points will receive the main gift – a trip to the English Championship match. The main prize will be provided by the project partners.