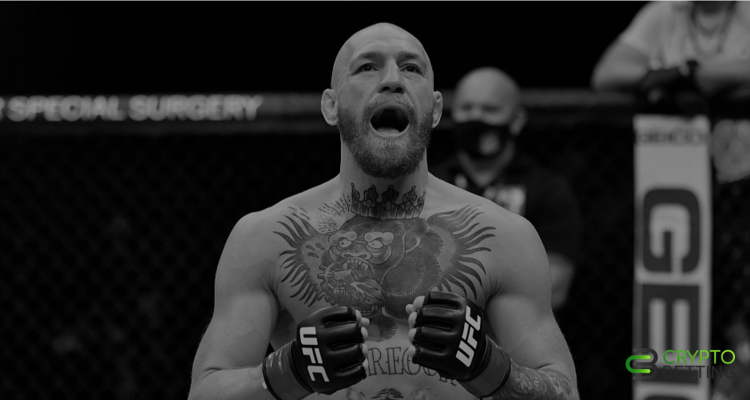 The world’s ten highest-paid athletes have generated a pretax income of $1.05 billion in the past 12 months, up 28% from last year’s rankings. However, it is only a few million less than the record $1.06 billion set in 2018.

Mixed martial arts fighter Conor McGregor became the leader of the rating this year. His income over the past year has been estimated at$180 million.

Forbes includes all prize money, salaries and bonuses earned by an athlete between May 1, 2020, and May 1, 2021. Forbes took into account full-season salaries for European or NBA basketball players, as they will still receive season salaries after May 1, 2021. The salary and bonuses that NBA players received for playing in the Orlando Bubble are not taken into account (the teams are in complete isolation at the base where they play. The principle was applied in basketball, hockey, tennis and did not register a single infection with COVID-19). summer. Forbes cut basketball players’ gross wages by 20% due to escrow (showing wages as unreceived in primary records and accounting records).

Off the Field Revenue data is an estimate of sponsorship agreements, royalties and payments for participation in various events for the 12 months prior to May 1, as well as revenues from any businesses run by the athlete, based on conversations with industry insiders. Forbes did not deduct taxes or agency fees, nor did it take into account investment income. The ranking includes athletes who performed in their sports from May 1, 2020, to May 1, 2021.

Brooklyn striker Kevin Durant is one of the highest earning athletes, who returned from a severe Achilles tendon injury in early 2021, has had the most productive start to the season of his career and has also become a full-fledged media mogul thanks to his Thirty Five Ventures, which produces documentaries, TV series and shows about basketball. Durant produced the Oscar-winning short, Two Distant Strangers, Best Short Fiction Film, and last summer acquired a 5% stake in MLS Philadelphia. The athlete also earned last year from Uber’s purchase of Postmates, investing roughly $1 million in the startup in 2016.

For 43-year-old Tom Brady, 2020 was the most profitable year of his career. The Tampa Bay Buccaneers quarterback has signed with Christopher Clos, a leading manufacturer of premium eyewear. Brady is also a successful businessman: he already owns the wellness brand TB12 and a film production company and is now preparing to launch his own NFT platform called Autograph – a platform that will bring together famous brands, athletes and people from the entertainment and fashion industries to create digital collectibles. He is one of the best NFL players of all time.

In 2020, Mercedes driver Lewis Hamilton became Formula 1 champion for the seventh time, repeating the record of German Michael Schumacher. But Hamilton got into the top ten highest-paid athletes in the world only for the second time (in 2017, the athlete took tenth place with $ \46 million). His 11 race victories this past season earned him hefty bonus payouts that Hamilton received from Tommy Hilfiger, Monster Energy and Puma. He also created his own racing team to compete in the Extreme E racing series.

With a knee injury, Roger Federer missed most of the year, earning nearly all of his $90 million in advertising deals with brands such as Rolex, Credit Suisse and Uniqlo. The tennis legend’s biggest income could come from his stake in the Swiss sportswear company On, which plans to go public this fall. Federer is already reaching the end of his career – Novak Djokovic and Rafael Nadal have already equalled the Swiss player in the number of Grand Slams.

Neymar has 282 million followers on Facebook, Instagram and Twitter, making him the third most popular athlete on social networks after Cristiano Ronaldo and Lionel Messi. Last year, he announced the early termination of his contract with Nike after 15 years of partnership and became an ambassador for the German sportswear manufacturer Puma, pledging to play only in King boots. In April 2021, Epic Games added Neymar to its Fortnite game, where players could win a soccer player’s outfit by completing various tasks.

2020 was a very successful year for LeBron, who set the record for NBA earnings by becoming the fourth champion in October. The basketball player does not slow down, not only on the playing field. He made his film debut, starring in Space Jam: A New Legacy, and boasts a new deal with PepsiCo after parting ways with Coca-Cola. LeBron also recently acquired a small stake in investment firm Fenway Sports Group, which owns Major League Baseball club the Boston Red Sox and English Premier League club, Liverpool.

While the Dallas Cowboys star is now recovering from an ankle injury, he returns to the sport with a welcome bonus of $66 million to renew his four-year, $160 million contract with the club. Prescott also recently announced investments in four Walk-On’s restaurants in Texas. He is widely believed to be one of the greatest players of all time.

The footballer became the first person in the world to gain 500 million followers on Facebook, Instagram and Twitter in February 2021, and a month later broke the record for the number of goals scored by the Brazilian legend Pele (Pele scored 767 goals, Ronaldo scored 770). Ronaldo has a lifetime contract with Nike and runs CR7, which produces branded apparel and accessories, and owns a chain of hotels and gyms. In August 2021, like Messi, Ronaldo returned to his former club Manchester United, where he became one of the best players in the world.

In addition to his main income, Messi receives funds from a lifetime contract with Adidas, as well as the clothing line of Ginny Hilfiger (Tommy Hilfiger’s sister). All kinds of advertising contracts with Lay’s, Pepsi and other companies allowed the footballer to move from third place in the rating to the second. In August 2021, Messi moved to PSG on a free transfer from Barcelona the club where he spent his entire career. He is excepted to make way more with the French club, than he did in Barcelona.

Conor McGregor’s appearance at UFC 257 in January 2020 was not a triumphant comeback: American Dustin Poirier knocked out McGregor in his first fight. But sports aren’t McGregor’s only source of income. The Irish UFC fighter earned most of his profits from the sale of a controlling stake in the Proper No. Twelve by Proximo Spirits for $150 million. McGregor also makes money from selling clothes under his Roots of Fight brand and the video game Dystopia: Contest of Heroes, in which he has invested and is a face.