10 Greatest Athletes of All Time 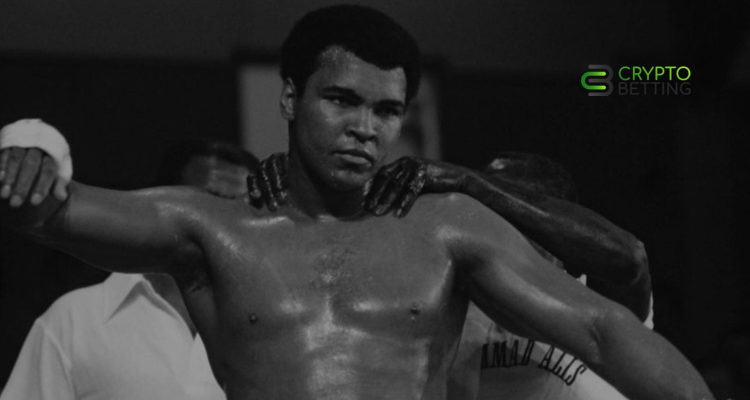 Sport is an integral part of the life of many people from all over the world. Someone goes in for sports professionally, while someone likes to watch sports events on TV. Each sport has its own leaders who have gone down in history. Here are the 10 best athletes who have made a huge difference in the development of the sport. The enumeration of these are athletes are conditional – there are no first and second places in our list because each athlete is unique in its own way and each of the ten is an unsurpassed leader. They really made a major impact. Let’s have a look at them.

Michael Phelps is a phenomenal swimmer, who set numerous records at the Olympics and is widely considered to be the greatest swimmer of all time. The American is a definition of a living dolphin and in his prime none of the athletes managed to surpass Phelps. He is the greatest athlete in the history of swimming and few can match his achievements.

If we talk about boxing, then you can’t miss the name of Mike Tyson. He is an athlete who deserves to be on our list, because the American achieved so many things in boxing and is widely one of the best fighters of all time. Tyson is a legendary boxer with a plight of fate. Apparently, it was a difficult childhood that helped him reach such heights.

Mike competed in the heavyweight division. He became the Absolute World Champion. Received the title of “Most promising boxer”. The main achievement is that the boxer is twice included in the Guinness Book of Records. He received a certificate for a huge number of quick knockouts, as well as for becoming the youngest World Champion in his weight category.

Michael Schumacher is the star of Formula 1, he has no equal. Probably everyone has heard the name of this great athlete. The German racing driver became World Champion seven times. He received five championship titles in a row, won 91 victories in Formula 1. Set a world record for overcoming 77 laps.

Even in the 21st century, there are no race car drivers who could compare with Schumacher. While Lewis Hamilton is currently one of the best racers, his influence is not as great as Schumacher’s. Unfortunately, the athlete was seriously injured while vacationing at a ski resort. After this incident, Schumacher fell into a coma for many years. His wife and close people have not commented on the rider’s health for a long time. There is an opinion that he will not be able to recover.

This Argentinean footballer is recognized as the best in the twentieth century. The athlete brilliantly showed himself at the World Cup in 1986 and became the World Champion. Also, he became Champion of Argentina and two times champion of Italy. Some of his goals were called “goal of the century”. He became the first owner of the Ballon d’Or.

According to many famous sports magazines, Maradona has always ranked first or second in popularity. He became the best of the best many times. On the official FIFA website, 56.5% of people voted for him. Unfortunately, he ended his sports career ahead of schedule due to problems with addiction. Despite this, Maradona worked as a commentator, trainer and even starred in several films. He passed away in November 2020, but left a huge legacy behind.

We have already talked about football and mentioned Mara, but we cannot miss the famous striker Brazilian footballer, who is known by the nickname Pele. According to the FIFA commission, he became the best footballer of the 20th century. During his career, he has scored over a thousand goals!

Bo Jackson is undoubtedly the greatest MLB player of all time. Because of his achievements and playing style, Jackson has won respect among millions of people in the United States. It is a known fact that baseball is almost like a religion in the United States and Bo Jackson contributed a lot to the development of this sport. He was simply uncomparable in his prime and even now, when there are so many baseball players in the US, his name is always worth mentioning. Baseball may not be the first sport in the world, but because of his contributions, Jackon takes fifth place in our rating.

Tom Brady is the greatest NFL quarterback of all time and claims to be the greatest ever in the league. It is hard not to agree with this opinion, as Brady has won the most Super Bowls and when he moved to the Tampa Bay Buccaneers, he proved once again that he is one of the best for various reasons. Even at the age of 43, Tom Brady is one of the best players in the league and shows no signs of slowing down. Brady’s achievements are certainly worth mentioning.

At one time, this Swiss tennis player was the best in his segment. The name of Roger Federer was known not only by tennis fans but also by people far from sports. He broke many records. Received twenty titles in Grand Slam Tournaments. In the world rankings, he took first place for 310 weeks.

Most of all awards, of course, he received not in the 20th, but in the 21st century. But all the same, the name of this tennis player was worth mentioning on our list. In 2008, he became the Olympic champion. In 2014, he earned the Davis Cup. Won 108 ATP tournaments. And Federer is the first eight-time champion of the Wimbledon tournament in history! While Djokovic and Nadal have an equal number of Grand Slam titles, still Federer greatly revolutionized tennis. His playing style is not comparable to anyone.

The most famous boxer of the 20th century, who was called the “King of Boxing”. He was the best in his time! He became the absolute world champion in his weight, won the Olympic Games, received the title of “Boxer of the Year” six times, many famous sports publications called him “the athlete of the century”. He participated in heavyweight fights, in which he received the title of World Champion many times.

In addition to sporting achievements, Ali has other merits. He was the greatest public speaker, fought against racism and motivated a huge number of people to go after his goal, no matter what. At one time he was a Goodwill Ambassador and was actively involved in charity work. In the Rocky films, the character Apollo Creed is his prototype.

Ali was not just a boxer – he gave people hope, to those who were suppressed because of their opinions. In addition to being the greatest boxer of all time, Ali was a social figure that actively participated in politics as well.

Michael Jordan is not only the greatest basketball player, but he is also a famous personality that even people far from sports know about. At one time, Michael Jordan made basketball a very popular sport. We can say that in the 1980s basketball surpassed football in terms of the number of fans, and all thanks to this athlete.

He can be safely called the most famous athlete in the world. It is difficult to count all his achievements. Playing with the Chicago Bulls team, Michael won six NBA titles. Also, he received the same number of awards that were given to the best player. In the NBA All-Star Games, he took part 14 times! Another important achievement is two gold medals at the Olympic Games.

In 1999, the athlete received the title of “The greatest North American athlete of the twentieth century.” In addition to sporting achievements, Michael Jordan is considered the richest athlete. The famous Forbes magazine considers him the most expensive athlete in history because he managed to earn almost two billion dollars. Naturally, sports are not the only source of income. Advertising and a contract with the Nike brand brought him a lot of money. For example, Air Jordan sneakers have become a separate brand.

Jordan’s own NBA club makes a lot of money. He became the first basketball player to buy out his own club. And Michael Jordan even managed to be an actor. He played himself in the movie Space Jam. Jordan greatly influenced basketball and the only player that come closer right now is LeBron James.