What is Zig Zag Betting and How Does It Work? 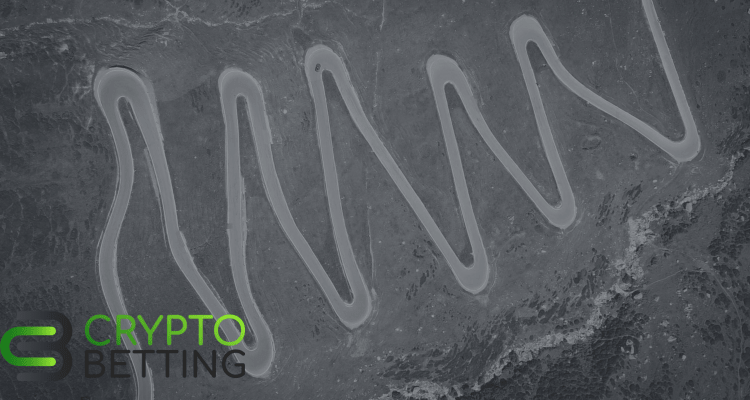 When we talk about any kind of sports betting, players use particular strategies that help them win more, or avoid big losses. Some strategies are popular in specific sports, while others can be used in each of them. Zig Zag is a strategy that is used mostly in basketball and hockey during the playoffs stage.

Why is the strategy called that? The point is that the player places bets on the markets of the selected team that are opposite to the previous match. It’s about the outcome and the odds. It is assumed that the losing team is obliged to add in the next game and show the best result.

The idea is that the odds for the losing team in the playoffs will be higher. You can just compare quotes for two matches in a row to be sure. It is also true that the team that won the previous match approaches the next meeting a little relaxed. The losing team after the defeat becomes closer to leaving the competition, which means that his motivation should be higher. Given the small class difference between many NBA clubs, betting on the loser would make sense. The same can be said about hockey where the winner is determined in a bo7 series.

The Essence of the Zig Zag Strategy 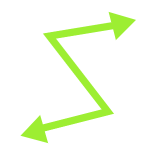 The point of the system is to bet on the team that was defeated in the previous playoff match. This strategy relies on the fact that after a loss, the team focuses on mistakes and analyzes tactics. And basketball players will approach the next meeting more responsibly and seriously. But the winning club is unlikely to make significant changes, because why destroy what brings results.

Over the past few years, people pay great importance to this factor in the formation of the line. You’ve probably seen when a team wins confidently, but in the next playoff game, the handicap for it does not increase but remains unchanged or even decreases. If this happened in the regular season, then the handicap would be guaranteed to increase by 2-3 points.

When placing bets on this strategy, you need to learn to “read” the line, that is, to understand the reasons for the movement of the odds. This will help you to choose the markets for your bets correctly and correctly. The Zig Zag strategy is used in betting on 7-match series in the NHL or NBA playoffs. 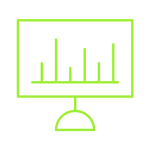 To demonstrate the effectiveness of the strategy, we propose, for example, to look at statistics from the early 90s to 2002. If during this period the player had bet on the losing teams in the NBA playoffs in the subsequent match, the number of wins would have been 56%. Considering that quotes for winnings often started from 2, then the profit in the distance is obvious.

As you can see, the player would receive 10% of the turnover if he simply bet on all teams that lost in the NBA playoffs in previous matches. But it should be noted that such an effect is now difficult to achieve. Bookmakers have already adapted to such statistics and do not offer such a favorable coefficient in every match. Nevertheless, you can still find matches for betting according to the Zig Zag strategy.

According to statistics, NBA teams win 64.5% of their matches on their courts. In the NHL – only 55.3%. Therefore, bookmaker lines are often preferred by the hosts, especially if they win the first meeting. In the NBA, away teams, losing the first meeting, win the second only 34% of the time.

But the fact that the home team also wins the second game more often does not mean that the bet on guests is not valuable. 34% is a third of all games! The overwhelming majority of bettors will load large sums on the hosts, which will only raise the odds for the guests, making it very profitable. As a result, in terms of odds, the probability of winning guests will be much lower than 34%.

The algorithm for betting on basketball according to the Zig Zag strategy is as follows:

Let’s say right away that the series in the playoffs of the National Basketball Association lasts up to 4 wins of one of the teams. Whoever wins 4 matches first will advance to the next stage of the competition. Be sure to take into account the distance factor in the United States. Teams have to spend a lot of time flying, especially if they have to play 3-5 games away streaks. This means that the away team is in the worst position. That is, when the receiving team lost in the previous meeting, they have a better chance of success at home. All the same, the NBA playoffs are held in a tight schedule, the opponents have very little time to recover. Some punters successfully apply the Zigzag strategy to NHL games during the playoffs as well.

A team that has just lost a match is under intense pressure and reluctance to lose the next game (and be eliminated from the streak), which increases their motivation. According to statistics, the chances of winning are over 50%. Plus, the losers are more often quoted lower, which increases the coefficient.

While Zig Zag strategy is indeed a useful one to help you get winning odds, we should mention several details which you should take into account:

It is extremely important to consider the history of face-to-face meetings over the past several seasons. Perhaps it will be possible to find some patterns and catch a large coefficient. Usually, statistics always provide a general overview. The system effectively shows itself in opposition to competitive teams. On the negative side, the strategy does not work in pairs with a strong favorite. As an example, Cleveland won 4-0 in the series against Detroit and Atlanta. Do not bet if you are convinced that there is a clear outsider, even if this is not expressed in odds.

Disqualifications of key players are also significant. We draw your attention to this point when making a bet. If the losing team has several important basketball players missing due to disqualifications or injuries, then it’s best not to bet on it. And vice versa, it is good when the guests’ key players do not come out on the floor. This will be the best signal for a Zig Zag basketball bet.

The factor of your court is really important, even one of the key ones, and you shouldn’t overestimate it. For you, this is just one of the parameters when analyzing a match, besides, the sportsbooks also pay attention to this, so it is foolish to base your forecast only on the fact that the team is playing at home.

As you know, any sports betting strategy must be backed by a solid financial framework. Let’s also consider several effective methods, find out what they are good at and what risks they bear for the punter.

In this scheme, the player fixes the percentage of all bets. Since we are working with coefficients close to 2, the optimal value will be 5% of the current bank.

The main task of the bettor is to achieve at least the aforementioned 56% passing rates for stable earnings over a long distance. If, when choosing teams, you are correctly guided by all these principles, you will be able to confidently pass the break-even point and even work in a plus.

The well-known D’Alembert betting strategy is just right for our method. The bottom line is this. The bettor’s first bet is 2% of the current pot. If it turns out to be winning, then the size of the next bet remains the same. If the second one enters, then the next one also remains the same – 2% of the original bank. If three deals in a row win, then the cycle ends, and the PUNTER starts a new one with the initial bank that increased as a result of wins.

If the first trade did not enter, then the size of the next one increases by 100% from the previous one. And so on until you can win. The cycle also ends if the player has lost three bets in a row. Thus, a balance is maintained between spending and winning. Therefore, this scheme is called soft catch-up.

We have emphasized that the Zig Zag betting strategy is well suited for basketball playoffs. Statistics from past seasons have demonstrated the effectiveness of betting using this method. We underling that it is important to choose the right matches, taking into account all the recommendations presented in this guide.

Zig Zag strategy is not a win-win system that generates stable income. You are not obliged to blindly follow it, but you should take it into service because when setting a line, the bookmaker takes this factor into account, which means that it is appropriate. Reckless use of tactics will not bring profit – at best, you will remain with your money. The profitability of the strategy lies in the ability to determine the series, where the opponents’ chances are assessed objectively, without overestimating or underestimating.

Where is Zig Zag applicable?

Until 2013, the NBA playoffs were held in a 2-3-1-1 format. However, many believed that the lower-ranked team in the regular season was gaining an unjustified advantage by playing their 5th home court. As a result, since 2013, the NBA elimination streak has returned to its original 2-2-1-1-1 structure.

Some punters try to use Zigzag in NFL and MLB, but ZigZag is more effective in basketball and hockey because of the 2-2-1-1-1 format.

How did the Zig Zag strategy come about?

The strategy was invented by the famous punter Tony Salinas. He noted that bookmakers underestimate the importance of the previous game in a 7-match series and overestimate the home court factor. At first, the Zigzag was used in the NBA, then they realized that it would be suitable for the NHL as well. It is not as popular as any strategies but by keeping a closer look, you will be able to draw beneficial conclusions and successfully incorporate the system into your betting.

Michael is our Sportsbook expert. He knows the ins and outs of the industry as he has been working in this field for nearly a decade. This is why he knows very nuanced details of sportsbooks. Michael has seen the effects that the rise of the cryptocurrency market had on sportsbooks firsthand. His experience gives him an undeniable advantage as he has objective views on many betting-related topics and is ahead of the rising trends.