How the Arsenal Blockchain App Works? 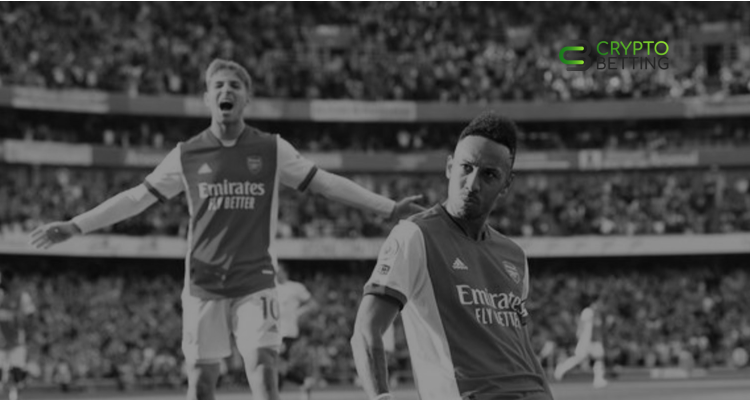 It is no longer a surprising fact that cryptocurrencies, Bitcoin and Blockchain have firmly entered almost every field of our life and sports has been no exception. More and more football teams are adopting cryptocurrencies and get involved in different projects, that include Blockchain, NFTs and Fan Tokens. English Premier League is also on the list of tournaments that have crypto-enthusiasts. For example, Arsenal supports crypto as well and a plethora of teams are likely to join the English club in the future.

Arsenal are one of the oldest clubs in the history of the Premier League with a vast history. While things may not be going well for the club this season because of various reasons, the club does not back off from signing partnership deals with various brands and platforms that boost the usage of cryptocurrencies. The case of the Arsenal Blockchain app is a clear example. In the article, we will talk about Arsenal’s history of partnership with different brands, the operation of the Blockchain app as well as the future prospects of the English club.

What is Blockchain in Simple Words?

Before we move to review additional details of the Arsenal Blockchain app, first we need to say a few words about Blockchain and how it operates. The word “Blockchain” quite accurately reflects the essence of the term. It is compared to a necklace, each bead (block) of which is a record of an action, and the chain cannot be broken. Blockchain is an indestructible digital record of actions.

Each block represents a specific digital code (not just numeric), and any subsequent block contains information from the previous block. Thus, it should be considered that this is not only a database but also a method of encrypting and transferring data. All over the world, this technology is actively used to transfer cryptocurrencies. If you have sent cryptocurrency over the blockchain, thousands of computers around the world will confirm and store all the information about the transfer.

The process of sending a transfer will take a few minutes. The same can be said about the Arsenal sports Bitcoin platform. Money on the Blockchain cannot be lost or counterfeited. There are no third parties and intermediaries, and the accuracy of calculations is guaranteed by the mathematical accuracy of the technology.

Blockchain can be used for more than just transferring cryptocurrencies. It is used in the banking industry, in the field of cybersecurity, sports, identity cards. In fact, it is simply a technology for organizing a wide variety of data. As the example of Arsenal shows us, it can be even used in sports too. While this trend is relatively new in football, it is only a matter of time before the technology will be accepted fully among different clubs.

Arsenal and Its Partnership with Chiliz

The case of Arsenal signing a partnership deal with a Blockchain provider called Chiliz was announced in July 2021. This case of the crypto Arsenal partnership was not the only one. Alongside Arsenal, Italian football club Inter have also decided to follow their counterpart to issue tokens for fans. As a result of this deal, AFC Fan Token (AFC) coins will appear on the Socios.com Blockchain platform, but no release date has been announced. Subscribers to the current fan program My Arsenal Rewards will receive a free AFC token. Furthermore, holders of AFC tokens will be able to influence club decisions in a series of interactive polls and will have access to team-related content. The fun activities will also enable the club to succeed in engaging young people around the world.

The concept of the Blockchain app is actually pretty simple. The fans will be able to try out many opportunities and experience the advantages of a Blockchain platform by playing games, buying tokens for themselves and at the same time increase the usage of cryptocurrencies. This will also attract more fans to move to Arsenal crypto currency coins instead of fiat currencies.

Peter Silverstone, who is Chief Commercial Officer of Arsenal noted that the club were delighted to start a partnership with Socios.com, which will bring the team even closer to a huge fanbase. Socios.com is the leading sports Blockchain, as it can be seen from their collaboration with other European clubs such as PSG, West Ham, Atletico, Juventus, Barcelona Milan, as well as Portugal and Argentina.

Not the First Case of Arsenal with Crypto

It is actually not the first case when Arsenal decided to partner with a Blockchain platform. The London club has notable experience if we take a look at the past events. For example in 2018 Arsenal signed a contract with the developer of mobile online casinos, under which it would promote the initial coin offering (ICO) and gambling cryptocurrency CashBet Coin during Premier League home matches. Arsenal and cryptocurrency deal was reported by the BBC. It is possible that because of financial issues the desire of the club with Emirates to seek additional sources of financial income, including in the world of cryptocurrencies and ICOs was considered.

Another example is a crypto betting operator Sportsbet.io which is another partner of Arsenal. Because of this partnership, the bookmaker has numerous offers and promotions that are directed towards including matches of Arsenal in betslips. These examples clearly demonstrate that more teams are contemplating partner with different Blockchain platforms and cryptocurrency brands, including betting sites. Arsenal is also a partner of eToro – one of the largest providers of brokerage services and the club is working pretty actively in this direction.

How Arsenal Will Proceed?

Considering all the woes that the club has, it is anticipated that Arsenal will look for more such “crypto Arsenal” opportunities in the future that will equally benefit the team as well as all fans. The introduction of Fan Tokens is not a novelty as more and more teams are looking forward to this trend, but adopting a Blockchain app is certainly an innovation that is not a frequent occurrence. Right now the fans who will receive the token will be able to have it for the rest of their lifetime and the future of these tokens depends on supply and demand. Shortly, we should also expect NFTs including start players such as Pierre-Emerick Aubameyang, Emile Smith Rowe and many more.

Samantha (Friends call her Sam) has a strong background in PR and marketing. She has worked for different firms and a few betting sites as well. She is the resident export of quality assurance in the Crypto Betting team. Her experience and knowledge about the ways a company tries to market its products and services are incredibly useful and gives her an upper hand. After graduating from college she has been working hard to make sure the companies she has worked for maintained consistency in regards to their promotional content.